These features make the devices an ideal choice for applications that require low distortion and/or low noise.

These amplifiers have inputs and outputs which swing rail-to-rail and their input common-mode voltage range includes ground.

● ​​ Available in SOP8 and MSOP8 Packages

Power Supply Bypassing and Board Layout

The low supply current (typical 800μA) of EC5822 series will help to maximize battery life. They are ideal for battery powered systems

​​ EC5822 series operate under wide input supply voltage (2.2V to 5.5V). In addition, all temperature specifications apply from -40℃ to +125℃. Most behavior remains unchanged throughout the full operating voltage range. These guarantees ensure operation throughout the single Li-Ion battery lifetime

The ​​ bigger ​​ the ​​ RISO ​​ resistor ​​ value, ​​ the ​​ more ​​ stable ​​ VOUT ​​ will ​​ be. ​​ However, ​​ if ​​ there ​​ is ​​ a ​​ resistive ​​ load ​​ RL in ​​ parallel ​​ with ​​ the capacitive load, a voltage divider (proportional to RISO/RL) is formed, this will result in a gain error. The circuit in Figure 3 is an improvement to the one in Figure 2. RF provides the DC accuracy by feed-forward the VIN to RL. CF and RISO serve to counteract the loss of phase margin by feeding the high frequency component of the output signal back to the amplifier’s inverting input, thereby preserving the phase margin in the overall feedback loop. Capacitive drive can be increased

The input impedance of the previous differential amplifier is set by the resistors R1, R2, R3, and R4. To maintain the high input impedance, one can use a voltage follower in front of each input as shown in the following two instrumentation amplifiers.

The dual EC5822 can be used to build a three-op-amp instrumentation amplifier as shown in Figure 5.

​​ The inverting amplifier is shown in Figure 6. The capacitor C1 is used to block the DC signal going into the AC

EC5822 can be used to form a 2 nd order Sallen-Key active low-pass filter as shown in Figure 9. The transfer function from VIN to VOUT is given by

Where the DC gain is defined by ALP=1+R3/R4, and the corner frequency is given by

The pole quality factor is given by

Let R1=R2=R and C1=C2=C, the corner frequency and the pole quality factor can be simplified as below

Note: Stress greater than those listed under Absolute Maximum Ratings may cause permanent damage to the device. This is a stress rating only and functional operation of the device at these or any other conditions outside those indicated in the operational sections of this specification are not implied. Exposure to absolute maximum rating conditions for extended periods may affect reliability.

2. Dimension D and E1 do not include Mold protrusion

3. Dimension b does not include dambar ​​ protrusion/intrusion.

5. Drawing is not to scale

2. Dimension D and E1 do not include Mold protrusion

4. Drawing is not to scale 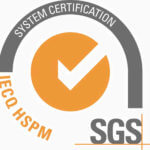